According to Wikipedia, “In computer networking, a single layer-2 network may be partitioned to create multiple distinct broadcast domains, which are mutually isolated so that packets can only pass between them via one or more routers; such a domain is referred to as a Virtual Local Area Network, Virtual LAN or VLAN.”

VLAN’s simplify network management, limit the size of a broadcast domain and improve network efficiency. VLANs are of two types.

We need to be in global configuration mode to create VLANs. The command “vlan 2″ assigns number 2 to the VLAN we are going to create. We can assign any number from 2 to 4094 to the vlan. The command “name java” names our vlan as java. Similarly we can create the vlans SAP and HR.  Before assigning ports to the VLAN let’s see the port states in our switch. 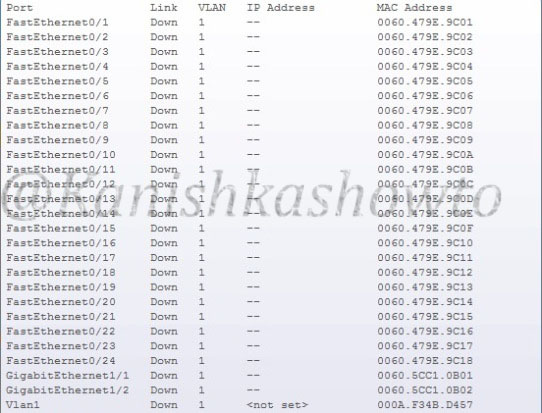 We can see above that all the ports of the switch are members of VLAN 1. VLAN 1 is a special purpose VLAN used for administration. It is the only pre created VLAN on the Cisco switch. All ports are members of this VLAN by default. So when you are assigning a port to a specific VLAN, you are just changing the port from VLAN1 to that VLAN.

The “interface fastethernet 0/1″ command selects the fastEthernet port 1. The “switchport access vlan2″ command assigns this port to VLAN java. Similarly we can add the fastethernet ports 2 and 3 to the vlan 2. Now let’s see the port states once again. 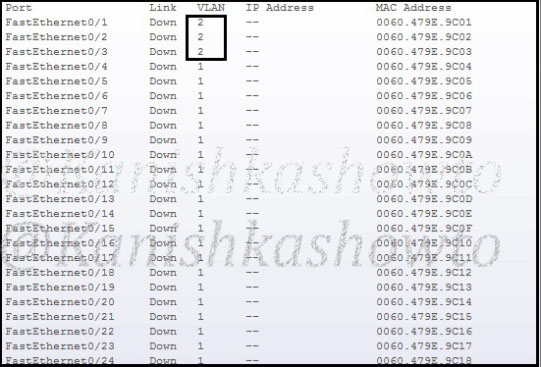 This is how our network  will look like if we connect the host devices.