Kali Linux 2020.2 has many brand new features.  With xfce and gnome given Kali Linux feel, this release has given themes for KDE Plasma. This is like going back to its roots as Backtrack used to have this desktop environment. The login screen also has been given new graphics along with a new layout. Also now you can install Powershell by default by selecting the meta package while installing. This release also updated gnome to 3.36. The new tools included in this release include NextNet, the pivot point discovery tool and SpiderFoot  the OSINT tool.

The makers also included python2-pip once again to add support to some tools still depending on python2 although overall it upgraded to Python 3.8. This release also replaces CherryTree, the note taking application with Joplin. Now, let us see the simplest process  to install Kali in Virtualbox. For this download the virtualbox image of Kali Linux 2020.2 from here. We have performed this installation in the Oracle Virtualbox 6.

This howto is using the Kali Linux 32bit OVA . Your downloaded contents should look like below. As you can see, we have an ova file.

Now open Virtualbox and go to File Menu > Import Appliance as shown below. It can also be accessed using shortcut CTRL+ I. 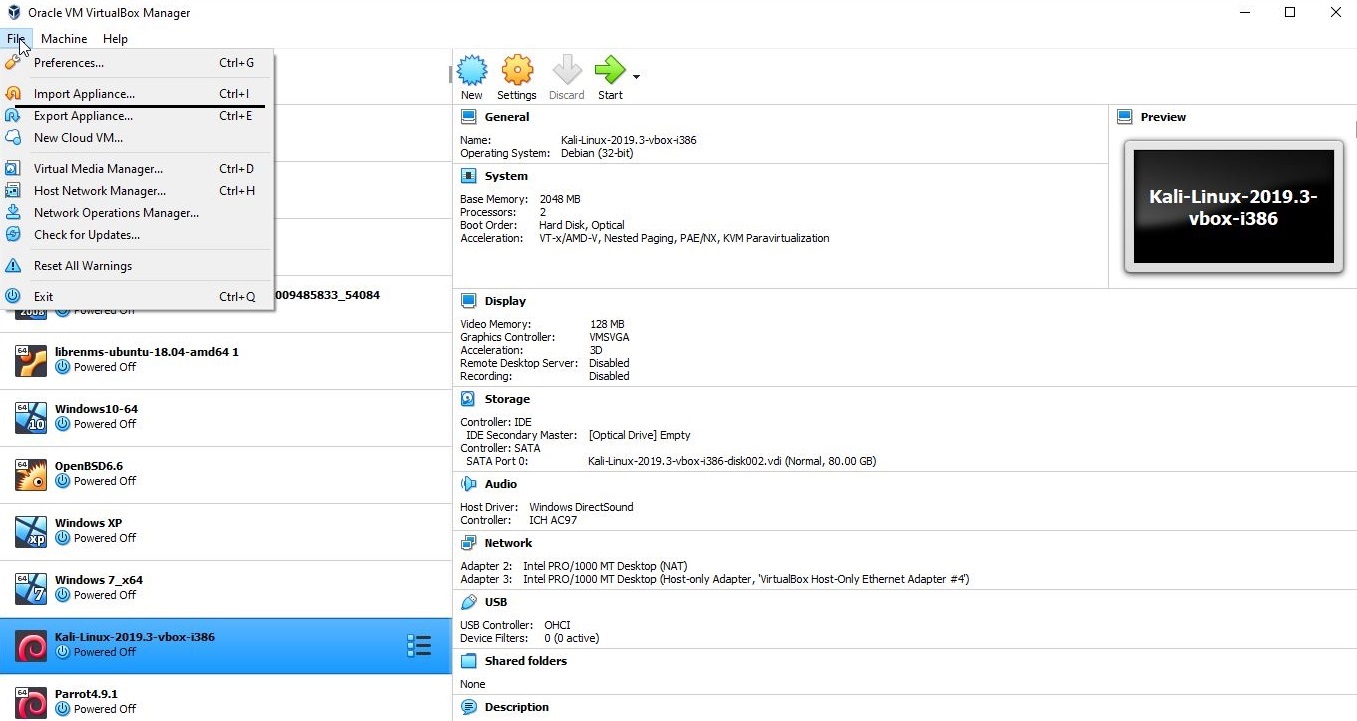 A window like below will open. Browse to the OVA file we downloaded. 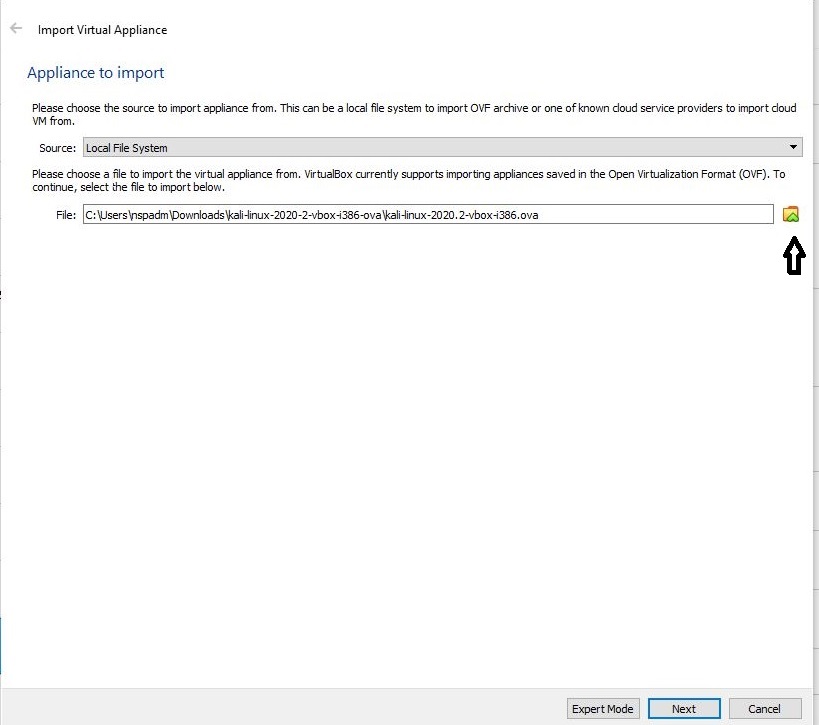 After selecting the OVA file, click on “Next”.  If you want to make any changes to the virtual machine settings like RAM, name etc, you can do it here. You can also leave it to default values if you want. Click on “Import”. 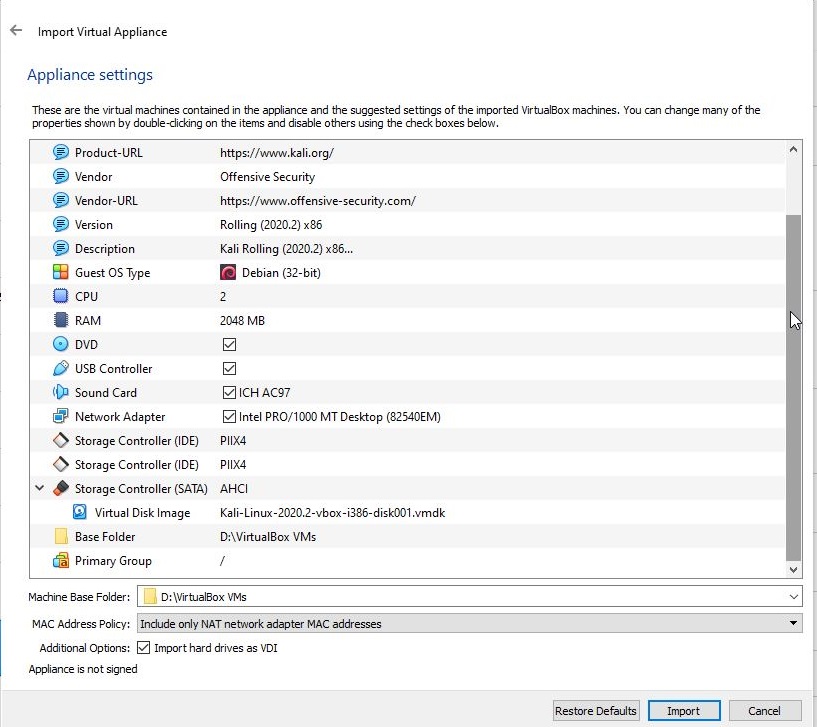 Click “Agree” when the software license agreement pops up as shown below. The import process starts. 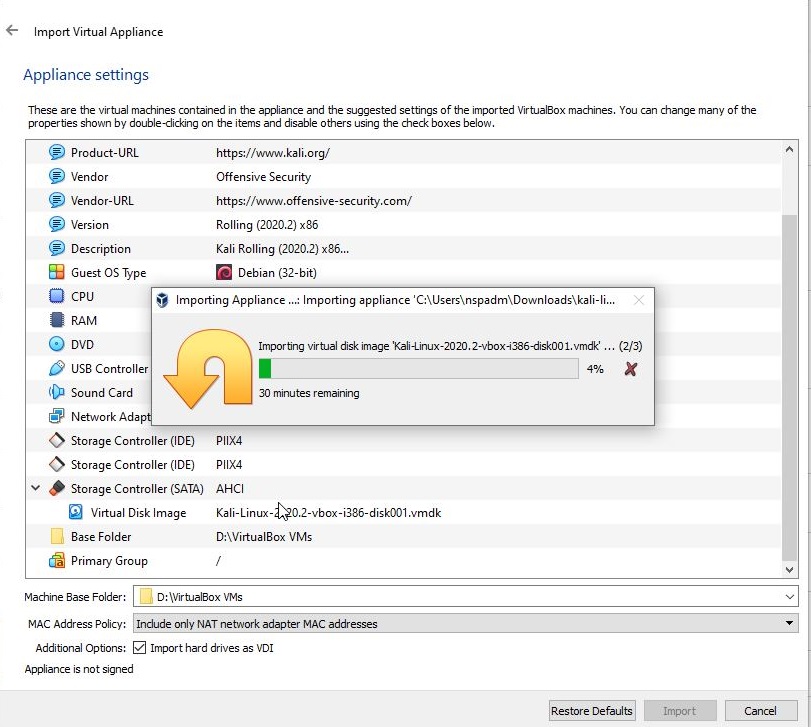 After the import process is completed, Power On the virtual machine. You will see a login screen prompt. Login using the credentials kali:kali. 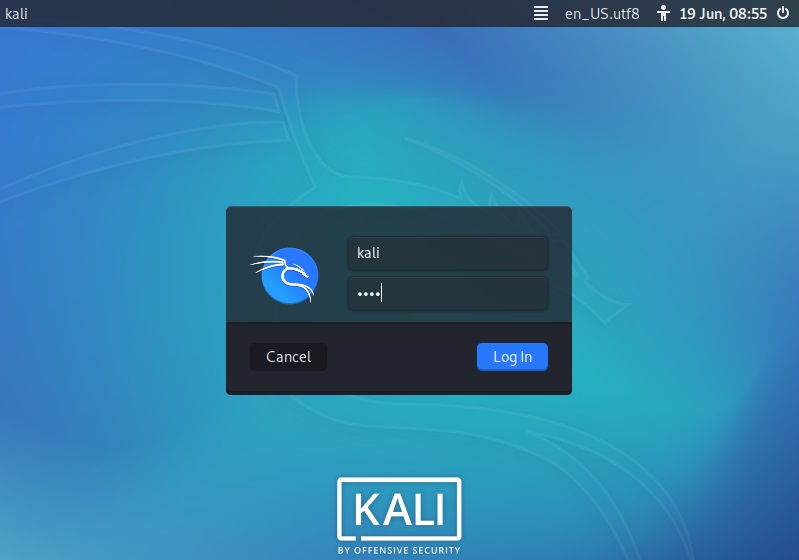 Here is the final look of the Kali Linux virtual machine we installed.